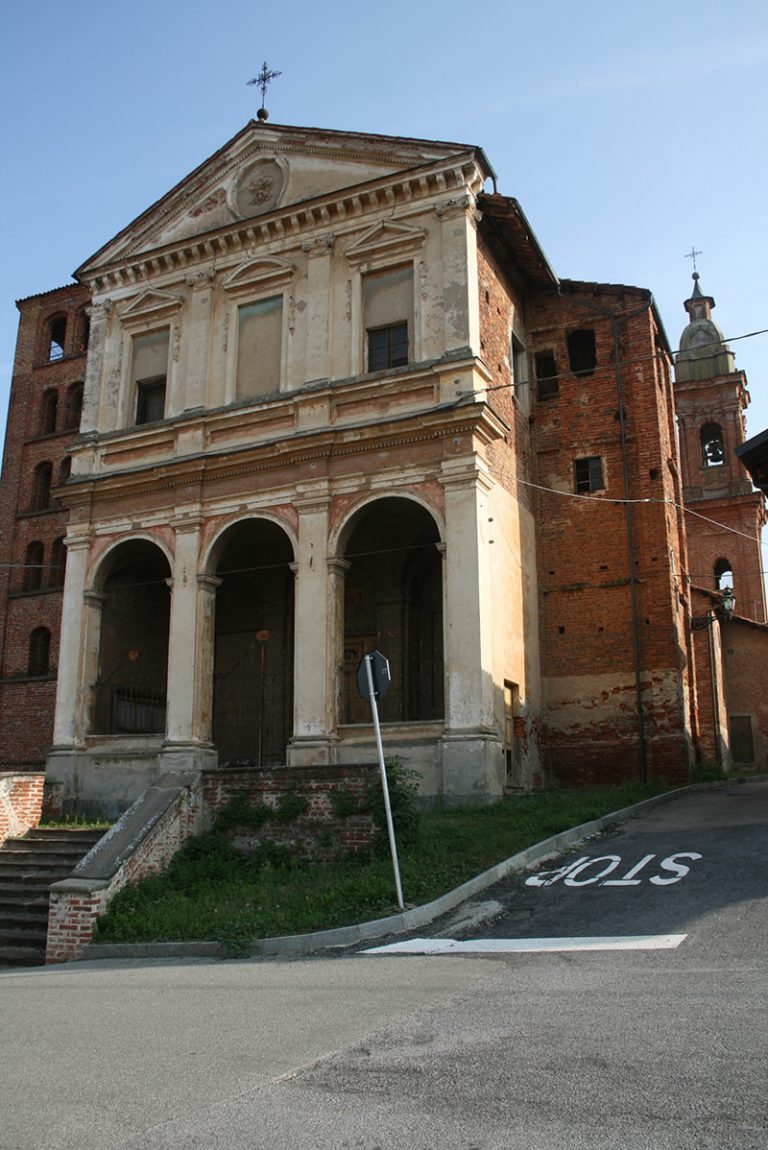 The Confraternita di San Giovanni Decollato or of the Battuti neri was built around 1640 and further modified in the seventeen-hundreds with the addition of a bell tower and porch on the facade. The canvas depicting San Giovanni Decollato (St. John decapitated) dated 1675 and attributed to the Flemish painter Jean Claret that is now kept in the Parish Church was originally found here.