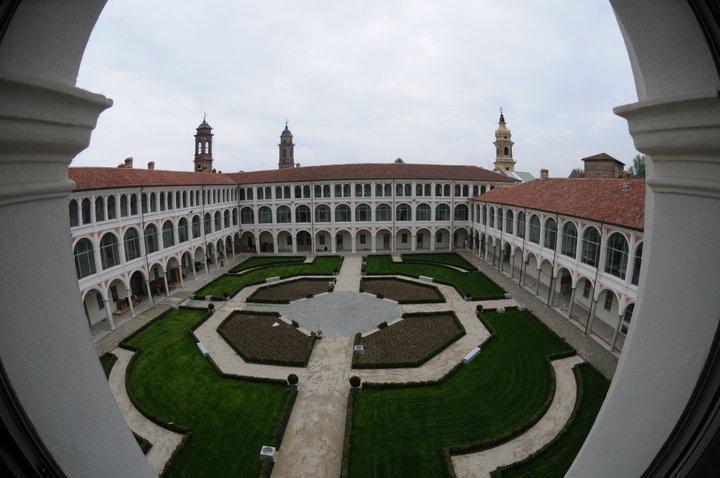 From 1642 to 1857 the convent of Santa Monica was home to Augustinian nuns, who extended the building over time to occupy a whole block of the town. The building was then turned into a military barracks and was later used as a military hospital until 1973.
After years of abandon, in 2000 serious renovation work began which transformed the buildings into a branch of the University of Turin with faculty buildings and a capacity to hold around 1,500 students. The building respects the usual style of religious architecture, an inner cloister closed on each side by the four wings of the building. The wings of the building have graceful arched external galleries on each floor that look onto the cloister. It is the ideal place for reflection and prayer as well as for students to congregate and study.
Savigliano had already been a university town in the past. In 1434 the Savoy Duke Amadeo VIII declared the university “… to be transferred to Savigliano and remain there forever.” Unfortunately fate had it that it only remained for a few years and in 1436 it had already returned to the city of Turin, where it was originally formed in 1405.