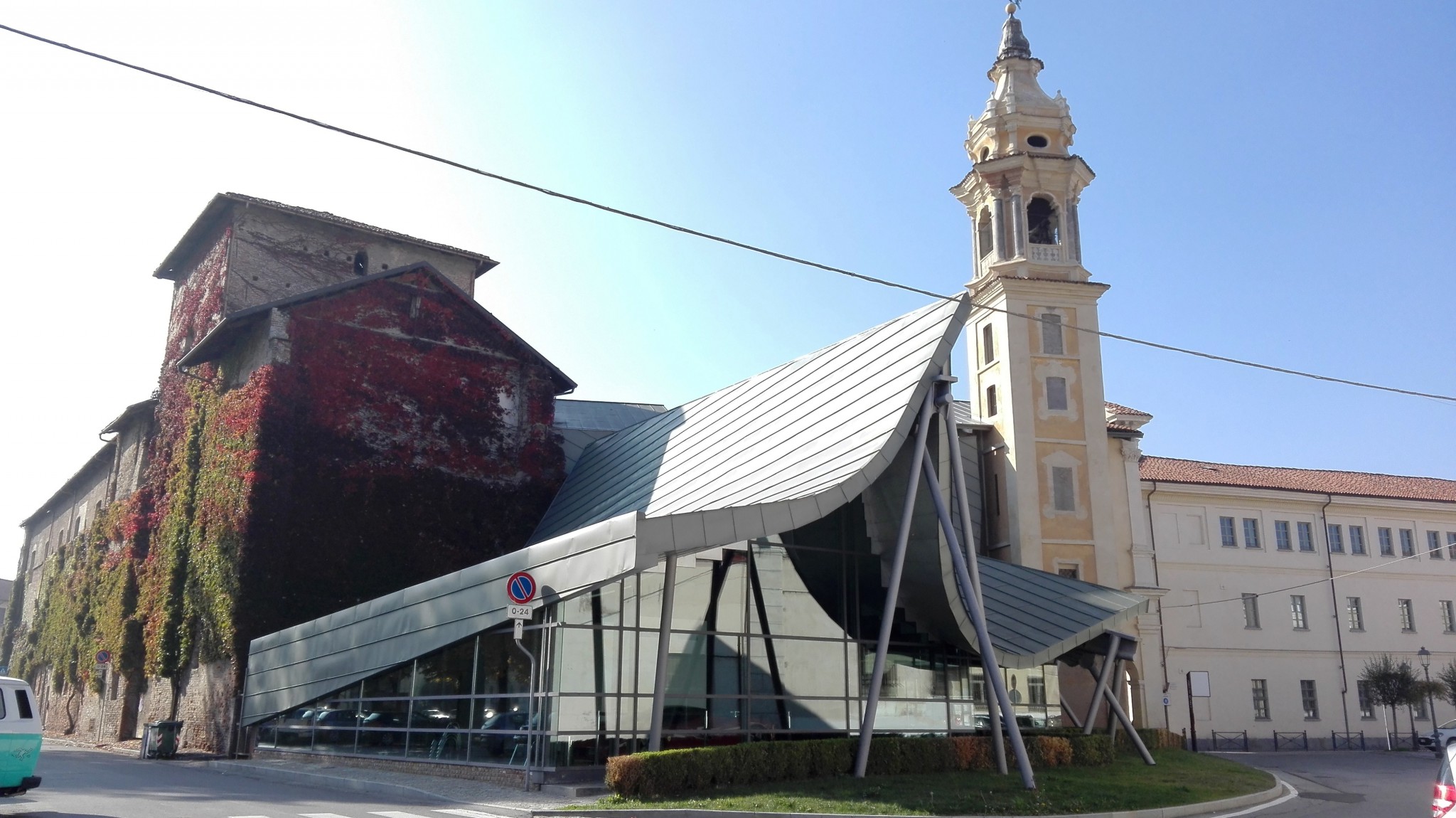 Known to the Savaglianese as the Crusa Nera, the arciconfraternità della Misericordia or of San Giovanni Decollato was built in 1614 to host the battuti neri (black flagellants), who wore dark clothes and were dedicated to comforting those condemned to death. After years of activity, around 1950 the Church was deconsecrated and stripped and its sacred objects were moved to the Church of St. Peter, where they are still kept. After years of abandon, in 1984 work began to knock it down, fortunately the superintendence for cultural and architectural heritage in Piedmont managed to stop its complete destruction in time. Since the demolition work had already begun the church was seriously damaged and the roof was missing entirely. After years of waiting, in 2005 the town council finally managed to start a plan to rescue and redevelop the building. In 2010 the new building was inaugurated, the old Church had been transformed into a multi-purpose centre for civic use. The project managed to happily join the historical seventeenth century building to the recent contemporary structure in steel and zinc-titanium alloy designed by the architect Gianfranco Gritella. An obvious crack, purposely kept, cuts straight through the façade, as a reminder of what had happened.