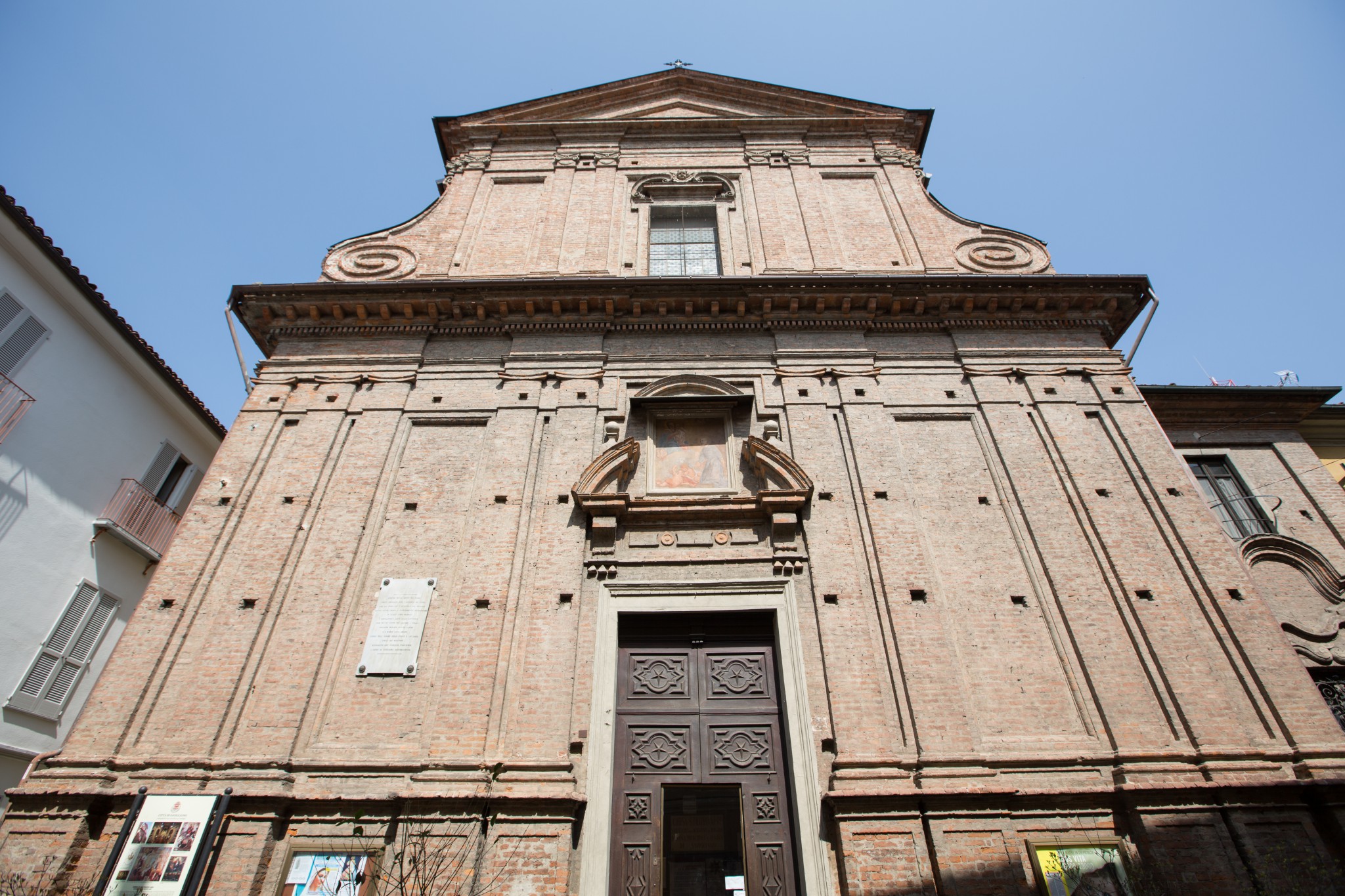 The church of San Filippo was built in 1692, to designs by Father Giovanni Domenico Perardi, who may have been advised by the young architect Juvarra. It has a simple red brick façade with baroque details, while inside there is a single nave and two side altars. Behind the altar on the right hand side is a fine canvas of the Madonna del Rosario, a painting by Jean Claret from 1636. An artwork by Molineri, of the Madonna del Carmine with San Simone Stock, Santa Teresa d’Avila, San Carlo Borromeo and Santa Scolastica is kept in the sacristy. A painting of the Madonna del Santo Rosario, created by Luigi Morgari at the beginning of the nineteen-hundreds is particularly dear to the people of Savigliano. In the background of the painting, in the top left corner, is a crowd of the faithful gathered to watch the crowning of the Virgin of the SS. Rosario, which happened in Savigliano in 1653, in thanks for her help in saving the town from the black plague in 1636, while the foreground shows the 1903 celebrations of the anniversary of this event, in a festive Piazza Santa Rosa, where the arco di trionfo is easily recognisable. The small cloister of the church of San Filippo, created to designs by Francesco Gallo in 1730, has become part of the courtyard of the neighbouring primary school.